What does the interest rate hike mean for you! 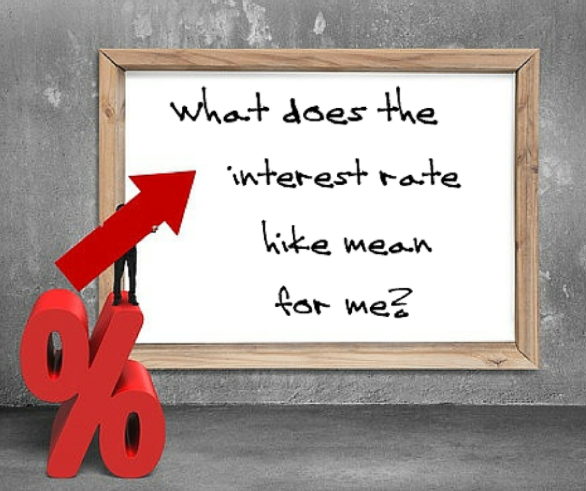 As we watched the election unfold on the evening of November 8th, and it began to look like Donald Trump was going to win, the Dow Futures plunged more than 800 points and Treasury Bond prices increased dramatically, pushing interest rates lower. It appeared the markets were fearful of a Trump win. Fast forward to the afternoon of the 9th and the Dow Jones went from an 800 point loss to a 257 point gain. In addition, Treasury Bond prices fell sharply, sending interest rates up 0.25% in one day. Since then, the rate on a 30 year fixed mortgage increased from 3.625% the day before the election to 4.375% as of today.

So the question becomes will we continue to see rising rates and new stock market records or will the euphoria wear off and reality set in, causing interest rates and the stock market to fall.

There are some analysts who believe we are poised to see rates and the Dow drop, perhaps dramatically, in 2017. One reason is it may be very hard for Trump to get many of his ideas approved by Congress. Many in his own party have stated they are not in favor of some of his stimulus plans, such as tax cuts and increased fiscal spending. If his own party is not fully on board, many of his ideas may never get off the ground.

Severe trade tension may emerge between the U.S. and China, Mexico and others and China may retaliate by letting its currency drop by 15% or more against the U.S. dollar, which will create a drag on our economy.

Further, there are upcoming elections in many European countries next year – if we see a continuation of isolation-like voting in Europe, a la Brexit, it will destabilize the markets as well. Add in continuing issues in Syria, Greece, Russia, N Korea, etc. and you can definitely make the case the economy could slow and rates will fall in 2017.

But wait, on November 14th, the Fed increased interest rates 0.25%, so that must mean mortgage rates are going to increase, not decrease. Not necessarily. The Fed raised the Fed Funds rate, which is the rate banks are able to borrow money from the Fed. This has an immediate impact on credit cards, car loans and adjustable rate mortgages, but does not have a direct impact on 30 year fixed mortgages. The Fed raises the rate in anticipation of a growing economy to try and control inflation. What is interesting is the Fed stated they revised their growth rate for the economy from 2.0% to 2.1%, but said they expect to raise rates three times in 2017. The question is if the Fed’s growth projections increased .100%, why do they feel the need to increase interest rates 0.75% to 1.00% to slow down the economy. If the Fed raises rates this much, it could slow the economy down and help mortgage rates drop.

It will be very interesting to see how this plays out over the next couple of months.

Email me for today's interest rates and options!