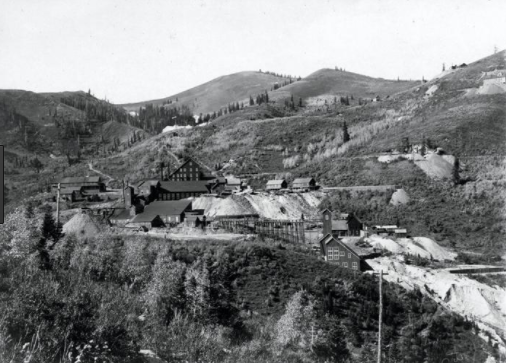 1868: Soldiers from the federal troop, out prospecting, climbed over the mountains from Big Cottonwood Canyon to Park City area and finds silver. Park City then becomes known for not only it's silver, but lead, zinc, and gold.

1969: Workers, including Chinese, arrive to Park City on the Transcontinental Railroad to what was then known as Parley's Park.

1880: The first issue of The Park Record comes off the press. Currently, it's the oldest continuously published newspaper in Utah.

1893. The US Government ends the silver standard, no longer using silver to back paper currency, and silver prices drop.

1963: United Park City Mines receives a federal loan from the Area Redevelopment Agency of $1.25 million to start a ski area (now Park City Mountain Resort). Lift passes cost $3.50 a day, almost 50,000 skier days that first year. A mine train takes skiers to the Silver King Mine tunnel, then up a shaft to the mountain. It's a hit, and people started moving to Park City.